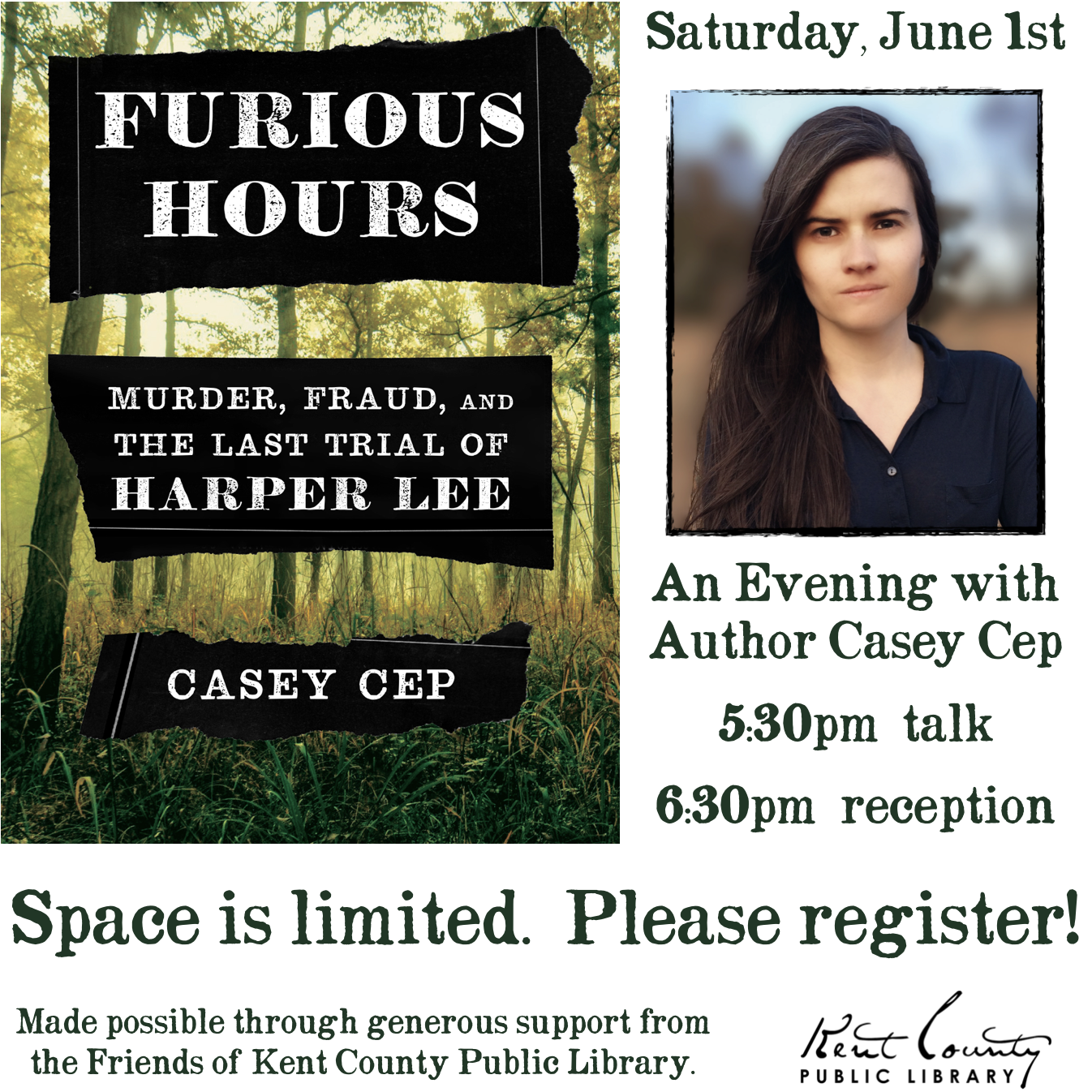 Reverend Willie Maxwell was a rural preacher accused of murdering five of his family members for insurance money in the 1970s. With the help of a savvy lawyer, he escaped justice for years until a relative shot him dead at the funeral of his last victim. Despite hundreds of witnesses, Maxwell’s murderer was acquitted–thanks to the same attorney who had previously defended the Reverend.

Author Harper Lee was fascinated by this true-crime tale unfolding in her native Alabama and spent years working on writing her own version of the case, but that book was never finished.

Now debut author Casey Cep has brought the story to life, from the shocking murders to the courtroom drama to the racial politics of the Deep South. Her newly published book, Furious Hours: Murder, Fraud, and the Last Trial of Harper Lee, also offers a deeply moving portrait of one of the country’s most beloved writers and her struggle with fame, success, and the mystery of artistic creativity.

The talk will be followed by a catered reception and book signing.  A limited number of copies of Ms. Cep’s book, Furious Hours: Murder, Fraud, and the Last Trial of Harper Lee, will be available for purchase.

Space is limited. Registration is required.

This event is made possible due to the generosity of the Friends of Kent County Public Library.  For more information about the Friends, visit friendsofthekcpl.org